There is a gentleman in my neighborhood in the Outer Sunset in San Francisco who walks the streets in a tattered blue jacket every day. Every time I see him, he’s carrying a plastic bag. Over the last few years, he’s started to use a walker, but without fail, he still carries a plastic bag.

For years, I would smile upon passing this man, but I never spoke with him until about a year ago.  I finally struck up a conversation and learned that he moved to San Francisco in the 70s and never left. He has been an avid hiker his entire life. His parents taught him from a young age to carry a bag and pick up trash on his walks. Many decades later, he has continued his habit of walking with a bag and making our neighborhood a little cleaner.

It takes an average of two months to form a habit. Some we succeed at forming. Others…. well, we just have to keep trying. We are all a lifelong work in progress.

When Jiake and I started Outer, we knew that the amount of time families spend outside today is far less than previous generations. But trying to make drastic changes often results in backsliding. We tried to be realistic with our mission of getting people outside.  Start with baby steps. Try to get outside for 5 extra minutes and see where that goes. Maybe it leads to going to your local park to begin with, and grows into visiting our national parks during your next vacation. It’s okay to start small!

The theme for this year’s Earth Day is “Restore our Earth.” This can be viewed as one giant step or several baby steps.

I’d prefer to think about it the same way that we think of our mission at Outer - baby steps.

Rather than making drastic changes that may be top of mind or trendy, what about working on smaller habits you can incorporate into daily life that isn’t as disruptive? Maybe it’s washing out your single-use plastic container so that your waste management company won’t reject it from the recycling bin? What about setting a goal of picking up 3 pieces of trash on your daily walk or run?

Small changes often lead to lasting results.  Think about the collective impact we could all make by implementing little earth-friendly actions every day.  My hope is that we can all do our part - however big or small - to build better habits that make a positive change for the generations to come. 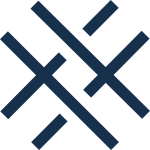 What Earth Day Means To Us